BEIJING, Nov. 7, 2022 /PRNewswire/ — “When the rain ceases and the clouds roll out, the color of the sky is just the perfect color for the bluish-white porcelain.” This is how the ancient Chinese described the bluish-white porcelain of the Song Dynasty. Carrying a bluish-white color with a delicate appearance, it shines over one of the most prosperous eras in China’s history, the Song Dynasty. Nanfeng, Jiangxi, is featured in “A Piece of Song Porcelain from Baishe Kiln”. It was remembered as a thousand-year-old town comparable to the porcelain capital. However, nowadays, only a rare few have seen its beauty . 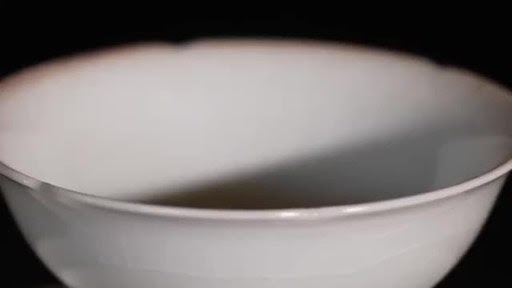 Baishe kiln began operating in the early years of the Northern Song Dynasty and flourished from the middle of the Northern Song Dynasty to the middle of the Southern Song Dynasty. At that time, the porcelain from Baishe kiln featured a pristine white color, delicate smoothness, thin body, along with a dense and firm  texture. It was given a  special name of “Baishe White Porcelain.” The porcelain glaze is crystal clear, with a soft luster and a color between blue and white. Its exquisite gentleness gives it the reputation of “Baishe jade.” According to the Chronicles of Nanfeng County, “In the Song Dynasty, Baishe built several porcelain kilns under the official supervision looking like hills.” There are still 32 ancient kiln sites of the Song and Yuan Dynasties in Nanfeng Town. The kiln accumulations stretch for more than 2,500 meters. It is not difficult to imagine the spectacular scene of flames leaping high into the sky when hundreds of kilns were in operation at the same time  in the ancient times. In Nanfeng today, the lost memories of Baishe kiln are being pieced back together bit by bit. Baishe porcelain brings people back to the glorious and romantic time, unveiling the culture and style of the era bygone.

The waterways extending in all directions and the  busy  docks in Jiangxi have also made Jiangxi an important source  for Chinese ceramics. Porcelain, created in a kiln and shipped to the world all year round, dives into our hearts as epics of human lives, songs of Chinese porcelain, and pictures of the civilization, building the Chinese dream of the Jiangxi porcelain art.